Google Glass – How does it work and what are its functions?

Google glass is a device launched by Google first on April 15, 2013 which is based on optical head-mounted display technology. In this technology there is a wearable device that is capable to reflect projected images and one can see right through it. We also call that augmented reality. Google glass appears like a pair of eyeglasses and so a person may wear it like regular prescription glasses. It was basically developed with the aim to freely access the data without actually needing the handheld devices like smartphones. Whichever image or video displayed or audio heard can only be observed by the owner of the device and not others around him or her. 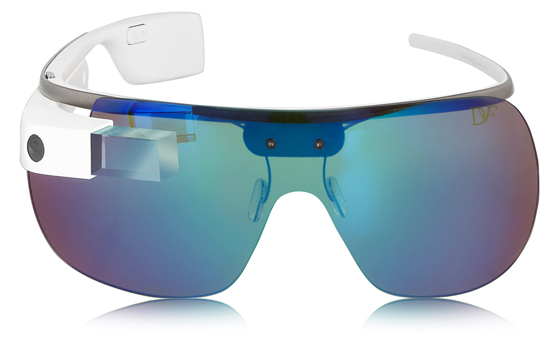 The Google Glass contains all the basic functions of a computer and along with that additionally it also has input through voice, gesture and touch; memory storage, network connectivity, audio and a color display. It also has location awareness which involves gyroscopes, accelerometers and a compass, that constantly inform the device about the orientation and head movements of the user.

Google glass is made up of prism for displaying the visual layer, camera for showing images and video, CPU, mic, speaker and battery. Its function is basically based on a mini projector that projects the virtual images over the transparent prism. This in turn is seen directly onto the retina of the eye. Therefore, a visual layer is seen along with the actual reality. It has the following functions:

1. Capturing hands-free photos and videos: One can simply command through voice “OK Glass, record a video” or “OK Glass, take a picture” and your glass will start capturing as per your command. These functions can also be done by tapping for the options at the right hand side of the device. The idea is to never miss a moment and prevent the delay even for fractional seconds.

2. Revolutionize your traveling experience: Through WiFi or data connectivity from your smartphone Google Glass will be able to take the information like flight status, baggage claim, etc. This will prevent you from being late.

3. Navigate any place: At present we use GPS that is installed in our smartphones. Google Glass can do that as well and that too right in front of your face. So, while driving a vehicle you can easily see through the directions with the facility of headset that will tell you exactly which street to turn. Through Google Maps your surroundings will get augmented with a display of map.

4. Translate other languages to your native one, or vice versa: Through this application one can know how to pronounce “delicious” in Brazilian, or any other language of your choice. This can also be used in offline mode as well.

5. Virtual reminders: You can look at an object and say “Remind me to….” and certain tasks will be added to your reminders such as important meeting. Your device will associate a photo to the assigned task and additionally it will also sync the calender for the exact date. 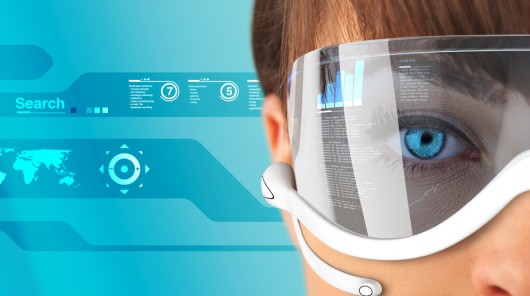 6. Know it all through Google: Google Now gives the latest information about any geographical location or the locality existing nearest to you. For example, if you want to go to the subway station then Google Glass will show you the schedules of the trains. If the subway is suspended your device will tell you that as well. You may then ask for any alternate route to reach your destination.

7. Gesture control and voice dictation: Google Glass has very outstanding feature of scrolling through the help of eye, head and facial movements. You can easily tilt your head or use eye movements to scroll through different screens. Likewise you may check your emails, forward and reply using your voice dictation. While forwarding or replying, the device displays the message for edit in case you want any further changes before actually sending.

8. Voice-only calls and video chats: Google Glass provides both the facilities. You can also show someone else anything that you see through your device. For instance, you are watching a video that is your brother’s favorite, you will be able to display that video to him too. Also you may text the messages using the voice dictation facility and it will form the whole message through typing by itself. You may then send it to the recipient.

9. Third party apps: Applications like whether alert apps, The New York Times, Facebook, Twitter, CNN, Google Play music, etc. are easier to use, using Google Glass due to its fast response. The only factor that could delay its speed, is the speed of the internet in your area. If you have fast internet then no worries.

For those who wear spectacles having power to some degree or more need not worry about blurred vision since Google is soon going to provide the facility of attaching the Glass onto your prescribed lens and frame, yet there is no fixed date regarding this.