What is Biometrics and what are its latest and future inventions? 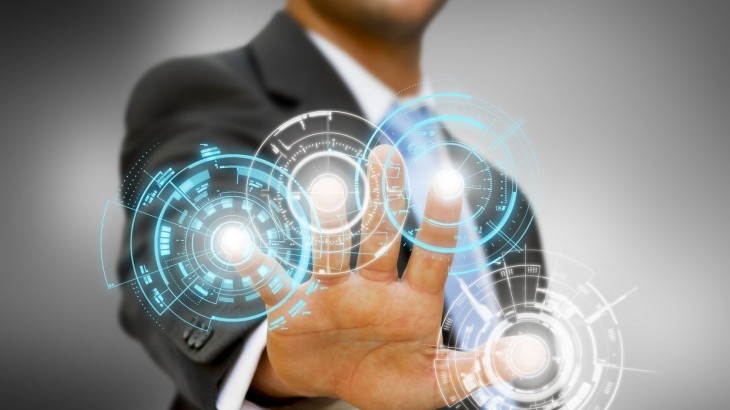 Gone are those days when user needs to enter a combination of ID and password. One cannot rely on simply a set of alphanumeric code that could be guessed or hacked or circulated when it comes to storing highly sensitive information such as banking accounts of individual or organizational level. Though passwords are still under the norm but there are chances of stealing it through the keyboard as and when a key is pressed.

Biometrics is the term used for certain physiological or behavioral characteristics of a living individual that is taken as a means to authenticate him into an organization where he is supposed to enter. It is also used to identify an individual in certain investigatory cases. Biometrics involves finger print, iris or retina patterns, sound waves, face, hand, earlobe, etc.

It is a confirmed theory that two individuals do not resemble each other biologically. Even identical twins don’t have exact finger prints. Likewise sound waves and geometrical pattern of ears are different in every individual. But there are some limitations as well. The finger prints cannot be detected if the fingers are wet. Therefore, any organization located in places prone to rainfall or snowfall cannot use finger print as a means to authenticate its employees. Face recognition is another biometric technology which verifies a person only if there is light in the room; it cannot scan the face in the darkness. Also anyone can place a static photograph of a particular person to enter the organization. Due to such kind of bugs the new technique emerged in which a person has to blink his eyes during the face scanning in order to prove that it is a live image and not the photograph. But again one could bring the photograph and replace the static eyes with the graphical eyes through software and breach into the firm.

A person grows old and so he develops wrinkles. Biometrics won’t help him in this case since the face changes through the perspective of a software. Also a person grows beard, wear glasses or make-up too affect the face recognition. I am now about to discuss some of the latest Biometrics technology facts as well as the future inventions that claim to authenticate a person without errors.

1. 3D Face recognition – In this technique, a person’s face is scanned in which the slightest angle of facial features like nose, chin, etc. are noted. This method requires accurate measurements of geometric data of most visible areas like eye sockets, nose bridge, chin zone and superciliary arches. These are those areas that don’t change with time and age and can be used as precise data. It also eliminates the concerns of poor lighting conditions by providing its own light source. It uses near infrared pattern to penetrate through the user’s face so as to map every angle and geometric patterns. The face is also mapped from different angles to confirm the identity. The user doesn’t need to change the position of his face since it is virtually done by the software itself.

2. Finger vein recognition – In this case, a near-infrared invisible light is passed onto the finger which in turn absorbed by the user’s hemoglobin of blood present in the veins. After that an image is generated of unique vein patterns that is captured by the sensor placed right below the finger a few centimeters away. It is not affected by the sweat, dust or dirt and is hence the most suitable system.

3. Earlobe recognition – The geometry of everyone’s ears is always different and no two persons resemble each other in this case, not even the identical twins. The technique involves the geometry of the earlobe that is examined using similar techniques that are used for Hand Geometry Recognition. The studies are still going on to make it a reality but it hasn’t been launched yet. The researchers are hopeful to make it a success in the coming months.

4. Gait recognition – This method involves scanning a person’s way of walking for identifying him. It is not only used to authenticate a person in some organization but also could be used to diagnose disorders like Parkinson’s disease, cerebral palsy, neuromuscular disorders or multiple sclerosis if there is a change in his walking patterns. In addition to this, the crimes could be investigated as well. Its plus point is people could be recognized from far away without actually making them involved. It is not limited to the daytime because infrared spectrum is used during the nights. The system could also be combined with other biometric systems such as finger-print, sound waves, retina patterns, etc. to make it more authentic and reliable.

5. DNA Biometrics – Every human being consists of 23 pairs of chromosomes, one of each comes from both the parents. Every cell in the body has a copy of this DNA. Majority of DNA does not differ from person to person. Only 0.10% of a person’s entire genome is unique. It covers 3 million base pairs of DNA. Genes make 5% of genome, the rest of which (95%) is defined as junk DNA, making non-coding sequences that could be repeated 30 times in a row anywhere. These identical repeat sequences repeat at specific places on chromosomes, that depend as per every individual. These specific places are known as loci. For every loci, there could be certain number of repeats. The higher the loci, smaller would be the chances of finding two different non-related persons with the same DNA. 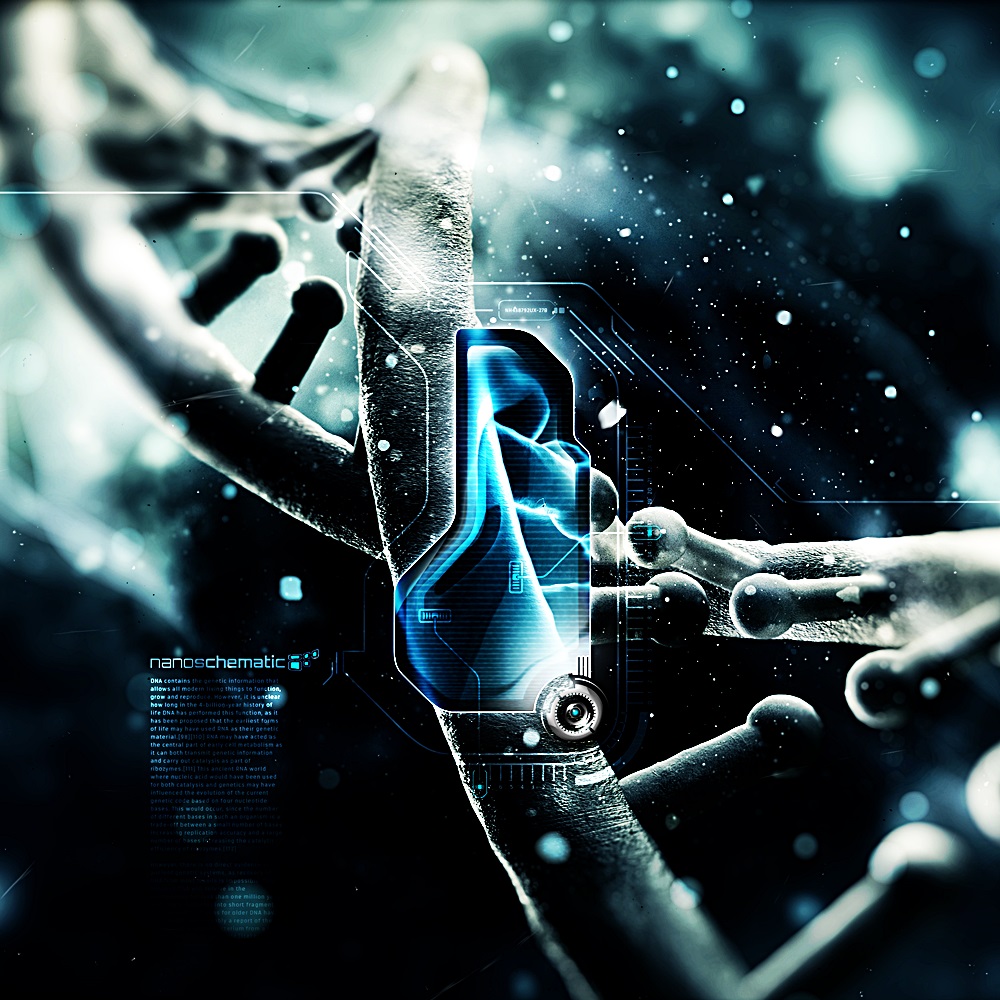 The samples like blood, saliva, hair, tissues, etc. are needed to determine the DNA of an individual. The reason why this type of biometrics is reliable is because there is one in a hundred billion chance that two unrelated persons might share the common DNA. There exist some limitations as well. First of all, the matching of DNA isn’t done in real time. People also have issues like public perception and civil liberty.

6. Sensor Interoperability – Suppose your organization has that kind of sensor that supports harsh climatic conditions such as rain. But since it is very costly it wouldn’t be fair to install it in the indoors as well. Likewise the swipe sensors wouldn’t be suitable to outside environment. Also there are cases in which some are finger-print image capture devices, others are finger-print sensor technology devices. Sensor Interoperability is the process in which a single core algorithm is followed everywhere irrespective of the devices or readers.

Following are the recent trends in following the biometric systems –

1. Multiple Biometric Authentication System – In order to ensure the accuracy, there is a provision of providing two or more biometric characteristics to one or more devices for the input. This is done because providing a single biometric identity is no longer reliable and safe to most companies since certain types of individuals are capable to find out the loophole and breach into the organization’s security measures. Also the physical characteristics of a person gets changed or altered with time due to several reasons that makes the biometric systems difficult to identify them.

2. Mobile Biometric Technology – There come the circumstances that an individual isn’t available at a specific place to make available his biometric characteristics which is urgent to be done. In that case if a system provides the facility of Mobile Biometric Technology then the device used for scanning could be taken to that person for accomplishing the further tasks.

3. Cloud Based Biometric Solutions – This facility provides to store the identity information of all the individuals to cloud software. This is mostly done to those organizations that provide Mobile Biometric Technology. This method makes the authentication process even more easy to verify. Instead of saving the data locally, cloud software is a better option when it comes to protection as well as retrieval in a speedy manner from any part of the world. This method is also cost effective since the local server of the firm requires timely maintenance and cost to keep the record updated.

4. Biometric Single Sign On – Many firms now believe that using biometric characteristics would be the only solution to seek its details instead of entering the passwords. So, the Single Sign On provides the facility of simply entering your biometric data and nothing else while accessing anything. This is done because there are cases in which the employees have to authenticate themselves through passwords each and every time they tend to seek anything. If the passwords are different for each database then there would be a huge confusion. This method simplifies everything.