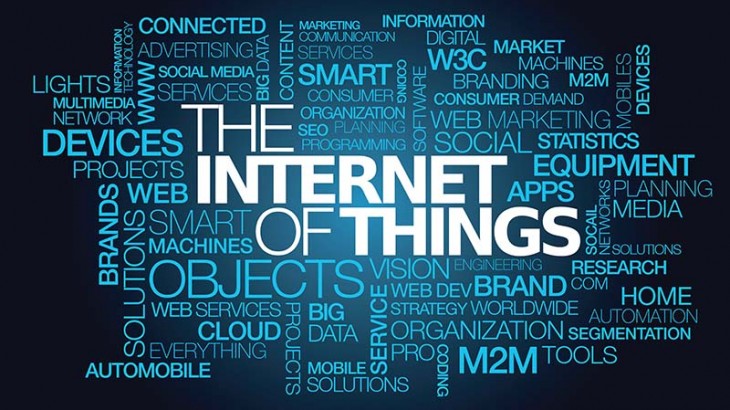 Internet of Things or IoT is the interconnection of several physical objects including everything such as home appliances (washing machine, toaster, refrigerator, microwave oven, coffee maker, etc.), mobile phones, laptops, television, etc. All the connected “things” are embedded with sensors, softwares, electronics and Internet connectivity in order to exchange information with each other.

It has so many advantages since it prevents extra time and energy consumption. For instance, let us suppose that your alarm clock wakes you up and sends the message to your coffee maker to prepare coffee for you and tell the water geyser to do its job in an appropriate temperature preferred by you so that your water for bathing gets ready. If the coffee maker is out of supplies for the coffee powder, it will re-order the same in advance so that your daily routine won’t get disturbed. Likewise your refrigerator would order the fruits and vegetables for you that you likely order so that there is always availability of food items in your fridge. Smart, right? But it too has flaws. Some of them I am writing below that are undoubtedly thoughtful.

1. Privacy – This is a great concern when it comes to exchanging valuable information regarding anything. Since everything will be connected breaching inside the network would be easy by the hackers. By entering into just a part of network would reveal everything regarding an individual or organization or both (may be). What if your office colleagues know what medicines you take or where did you go last night?

2. Safety – If a situation comes like a notorious hacker changes your medical prescription and you are supplied expired medicines or those medicinal drugs to which you are allergic to, then there would be a health disaster. Since the consumer that time would be dependent entirely on the technology there would be least probability that he would bother checking anything. The verification today is done manually by the consumer himself but no one knows what will happen later.

3. Compatibility – At present there is no international standard for device compatibility. For example, home based appliances and equipments may be getting problems in connecting with laptops or mobile phones. Also Apple devices don’t accept the connectivity with any other device. Likewise different manufacturers need to agree upon this else people will prefer buying only one brand and there would be monopoly.

4. Complexity – If there comes a bug all of a sudden or electricity goes off there would be so much of problem since everyone will be dependent on the IoT technology only. The bugs will lead to certain tasks wrongly accomplished or not done at all.

5. Unemployment – Since the technology would do its task all by itself there will be no need of any manpower, ultimately leading to unemployment. Today’s computers need to be operated by someone but later the lists of tasks would be done by the machine itself.

6. Being dependent entirely – Today’s generation kids are so used to having mobile phones, tablets, Internet, computers, elevators, air conditioners, etc. that they get bored without these things. The older generation cannot imagine the term “getting bored” actually exists since they somehow managed to get busy by doing something productive that actually needed manual work.

Take other example now. In any document whatever we write can be spell-checked and automatically corrected. Where did it lead to? We became so used to it that we never bothered about remembering the correct spellings. This is just a minor example. Imagine the case of much bigger scenario where without technology anyone will feel helpless.

Imagine a case in which your fridge informs you as well as the grocery store that there is a shortage of milk. Both you and the grocery store will bring the milk to your house and there will be more milk than necessary. This is indeed a negative point that would be encountered later.

The developers first of all need to understand that everything cannot be shown to everyone and that they have to provide some kind of access rights to certain individuals. If a person goes to office, the entire data that he shares at home and workplace cannot be mixed, else there would be no privacy followed anywhere. Also in order to avoid the bugs and errors one will need to test the equipments on a regular basis after a specific time with the help of real programmers and testers just like at present we send our vehicles to the service centers. The electricity also plays a huge role in this and so the government of a particular state or country must assure its citizens about its contiguous supply. Then only the technology will be successful.