Upcoming Smartphones that will be using Linux based OS 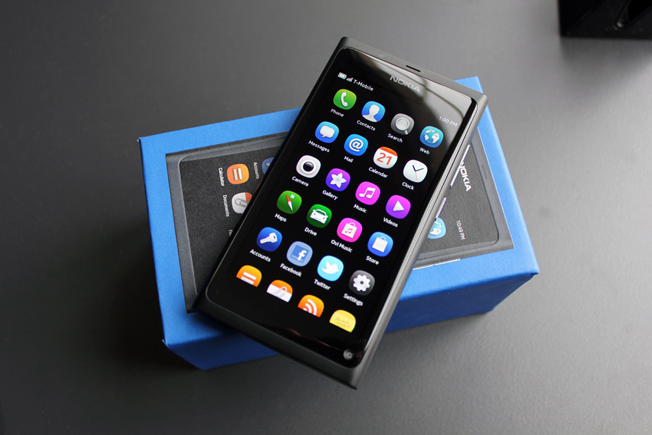 Ever wondered why the current smartphones always incorporate only android, Windows or iOS? Since beginning the aim was to simplify a common man’s life. Earlier Nokia was in the market that used Symbian operating system. There was a huge boom back then since it was suitable as per the consumers’ needs. But with time the requirements increased and so to fulfill that other competitors emerged that hampered Symbian’s growth. Android has ruled people’s mind since then. Even windows couldn’t stand in front of it. Apple’s iOS cannot be afforded by every household, so most people do not know what its plus points or minus points are. Also android may be smart but it does have flaws like accepting viruses so easily. Now what’s next?

When Microsoft launched its Windows it reached every household because of its user friendly nature and its contiguous updation with time as per users’ needs. But it does have one main disadvantage, which is – It is prone to viruses and hacking. This is a great concern indeed which apparently never fixed. Linux is an open source operating system which gained popularity with time because it never allows viruses to enter in the computer system, nor it is prone to hacking. Since it is an open source it can be modified by enthusiastic programmers but a common man doesn’t know how to do this. Therefore, to make that easier some firms like Red Hat, Ubuntu, Fedora, etc. already designed the user friendly OS just like windows. So, how about using Linux based OS in smartphones? I am going to discuss some of them that are either upcoming or are launched in the market.

1. Ubuntu Touch – Ubuntu Touch, also known as Ubuntu Phone, is primarily developed for touch-screen devices such as smartphones, television and tablet computers. It provides the facility of “scopes” that enables the users to choose the home-screens instead of separate applications being shown in the form of icons. Ubuntu scopes give access to all the applications at a time like music, video, photos, social media, news, etc.

The idea is to distribute the single version of Ubuntu Linux among more than one device wherever necessary. It could be desktop PC where the interface is modified in such a way that the keyboard, mouse and the big computer screen could be used. The Unity desktop also allows the single version of Ubuntu linux OS to be used in mobile as well as the desktop PC together. Ubuntu isn’t sure whether it could be understood by all the users since many people are unfamiliar with this new operating system, except the ones who are much into developing softwares and all. This is why it has planned to target India and China where most people are familiar and quite often use Linux OS.

2. Amazon Fire OS – Amazon’s Fire operating system was previously used in Kindle Fire tablets that was based on Android but now it is aiming to be launched as Fire Phone smartphone that is “compatible with Android”, not itself as an “Android smartphone”. You see there is a difference. There are numerous applications that could be ported from Android to Amazon App Store. This means that the Amazon App Store could be the solution to many Android devices, therby competing against Google Play.

Both Kindle Fire and Fire Phones don’t have access to all kinds of Google’s services and all the apps found in Google Playstore. Instead, these have their own applications and features to fit the Amazon’s needs and strengths. For instance, there is a Mayday feature that allows a video chat with a customer support representative within 15 seconds. There is also an app that quickly scans the products in order to enable you purchase them on Amazon.

3. Samsung Tizen – This is also an open source platform. The Samsung’s Galaxy series’ devices run TouchWiz skin and Tizen looks similar to Samsung’s smartphone looks. Tizen is like a shield to Linux Foundation and both Samsung and Intel make a direction committee. It is kind of a backup OS for Samsung. Since Tizen and Google’s Android OS look pretty similar there are chances that Samsung starts its own OS instead of continuing with Google. The major issue is Tizen isn’t compatible with Android apps and so basically it has no apps at all. Samsung has to convince Android application developers to build the apps for Tizen as well. The Samsung’s Galaxy Gear 2 also uses Tizen operating system. Likewise it can direct its guard towards its own platform instead of being dependent upon Google.

4. Jolla Sailfish – Jolla Sailfish has a small history behind. Originally it was Nokia who was developing a Linux based OS, namely Maemo. It later merged with Intel (Moblin project) and was renamed as MeeGo. Nokia N9 was the only phone released by Nokia that used MeeGo operating system. Later Nokia directed towards Microsoft’s Windows phone and so the project wasn’t continued. The developers involved in that project left Nokia and formed a separate company called Jolla. They took the reference from MeeGo source code and created a new Linux based operating system known as Sailfish. Jolla Sailfish wasn’t given the license by Nokia for the ownership and so it isn’t a successor but rather an entirely different Linux OS. Sailfish is compatible with Android based apps as well.