How 3D movies actually come into effect as exact 3 Dimensional? 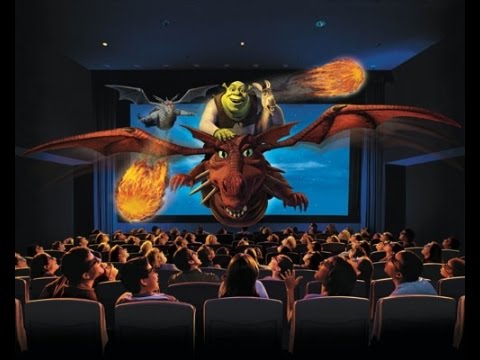 It is not unfamiliar that most of us go and watch 3D movies in the theater and there are even those who have home theaters at their homes and a pair of ‘special’ glasses through which everything is seen perfectly. Have you ever wondered how it all takes place and why do you need a pair of extra-ordinary glasses? Is that possible that you no longer require the glasses and the effects could be seen with bare eyes right in front of your television or movie theater? Well before moving onto more details first get to know the basic concepts behind all this.

The human eyes are placed in a specific angle each of which views the same object in its own perspective, meaning there is a slight angular difference. This is why one can see a precise image. This could be easily elaborated if you place your finger in front of your eyes somewhat closer and keep one eye closed at a time. You will notice that the finger is viewed at different angles because eyes see it from their own perspectives (or viewpoint). This is the reason why one can catch a ball thrown from a specific distance when both the eyes are used. Simply try closing one eye and the catching would be one of the most difficult tasks. This principle is the key focus for the 3 Dimensional concept as well.

While filming for making of 3D movies there is a specific pair of cameras, each kept distant apart. It mimics the distance of our eyes which are of about 3 inches (5 cm approx.) distance. Therefore, while shooting for a film scene both cameras take the shot at specific angles at the same time. This is done to synchronize every minute detailing of the scene. Now if someone watches the video a blurred effect is visible with bare eyes. What is to be done is wear the glasses so that filtering could be done such that one part of the object is seen by left eye and the other part of the same object is seen by the right eye. The overall effect mimics the whole movie as if everything is literally placed right in front of an individual.

Previously Anaglyph glasses were used in which one side of the glass lens was red in color and other was blue (cyan). The red part filtered the blue light and blue part filtered the red light. This enabled an individual’s eyes to capture one image from different angles or two different images as a whole. The brain merged the image, thereby giving 3D effect. This had disadvantages. Since one part of the lens was red, a blank image was seen if the image had red color. Same was with blue color. The two different colors were to differentiate the angles and make three dimension in effect. There was not much graphical effect that could offer a huge variety of colors. Another limitation was its ‘ghost effect’, meaning an image of one part of eyes suddenly appeared at other part giving an impression of fakeness.

And it’s not the end. One more technology has emerged in the form of Shutter glasses. These do not filter the image or color. These darken each lens alternatively so that brighter and darker pictures are seen through one eye at a time. These use batteries and are even USB supported and therefore comparatively costlier than other sets of 3D glasses found in the market. This is the reason why Polarized glasses are still in use in large number at commercial movie theaters.

Now the question arises that will that be always necessary that glasses only would enable us watch three-dimensional movies. Is that possible using bare eyes and enjoy the same level of quality? Well, for that part testing is still in progress and such inventions are likely come into existence in the near future. Some of the possible technologies that would be used by that time are:

It is estimated that such inventions aren’t that far but for now one may enjoy watching movies using the 3D glasses that visually deliver the impact of literal objects moving right in front and conclude was it worth it or not!