There was a time when some technologies were once known as revolutionary since these brought breathtaking changes in the computing/technology industry. But with time as the demands of people grew, these couldn’t stand a chance and are part of history in most places. The reason why I mentioned “most places” is because some governmental organizations like US Government, US Nuclear Force, etc. still use some of these, like floppies for instance! Let’s list them one by one.

1. Floppies – Floppy disks were the first introductory storage devices meant for personal computers that ruled the market between 1970s and early 1990s, till when obviously CDs came and replaced. The floppies would store around 1.2 MB of data that is less than just a movie song! It wasn’t enough for storing the ever evolving people’s demand and so it had to go. Apple officially ended the installation of floppy disk drives in its computers in the year 1998 and Dell followed the same league in 2003.

2. Walkman – If you are one of those people who were present in 1990s being a kid or an adult you must be familiar with this term, that today’s generation has no clue about. An individual would insert a cassette that could play the movie songs and one could listen using a headset (optional) and move from one place to another without bothering about wires and plugs, hence known as Walkman! The youths in that era found it really cool. It would play with the help of batteries. What’s for today? Our mobile phones have replaced everything, even iPod!

3. Music cassette tapes – It was invented in 1960s and gained huge popularity in the 1980s and 1990s. This magnetic sound recording device would play the music and also could record our own voice so that we hear that later. It was so much fun back then. One could listen to musical songs at home, while driving vehicles (device’s drives were already installed in cars) or while walking (using Walkman). It was not a read-only device. The magnetic tape had limited space to store songs, despite of the fact that it was quite longer in length.

4. VCR – It is an abbreviated form of videocassette recorder. It would record the video in an enlarged cassette and play while the cassette was run. The device gained huge popularity because people could also play latest released movies, whether they brought the cassettes for rent or purchased. The internet is the place from where people can view and download everything and thus, though it was replaced by the CD player, the latter technology didn’t last either.

5. Polaroid instant camera – Since it took days for the photograph’s negatives to turn into positives, this camera was of people’s interest because it took no more than a few minutes providing the resultant photograph. Invented in 1948, its production continued for decades and the company Polaroid officially announced its end in February 2008, due to the emergence of digital technology. 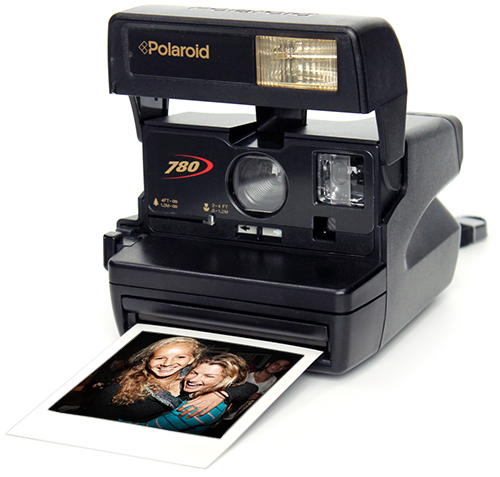 Everything listed above has been replaced by the mobile phones, Internet and Cloud at present. This is because the consumers’ demands never end and they always look for better options. The list shows there is nothing permanent in this world. Even the technology that sounds really mind-blowing and cool for today, might get replaced by something else that we cannot imagine now. So, let’s live at the moment and adapt new things whenever it is necessary.