What made Windows so popular that even Linux couldn’t stand?

Everyone who is quite much familiar with the computers and related stuffs knows that Linux is much more reliable than Windows because it is far from virus accumulation and is really difficult to get hacked by unauthorized entity. Then why is it that Windows’ popularity hasn’t declined yet? Let’s go through some points one by one.

1. Linux does not support all kinds of hardware. Even if it does one doesn’t know the right method of installation. Linux is being handled better by those who are Tech geeks. Yes, you read it right. Tech geeks are those who are genuinely interested in knowing stuffs and therefore they would reach any extent to fix things up. They will only be able to help you out. Searching for such people would be kind of a challenge.

2. Difficult software installation. Unlike Windows that is kind of a child’s play in installing literally everything, Linux is far from this. One must need to have a deep knowledge regarding it. If one doesn’t know anything (s)he has to call somebody to do this task for him/her, which is difficult as well. We don’t have plenty of those having deep knowledge related to Linux operating system. 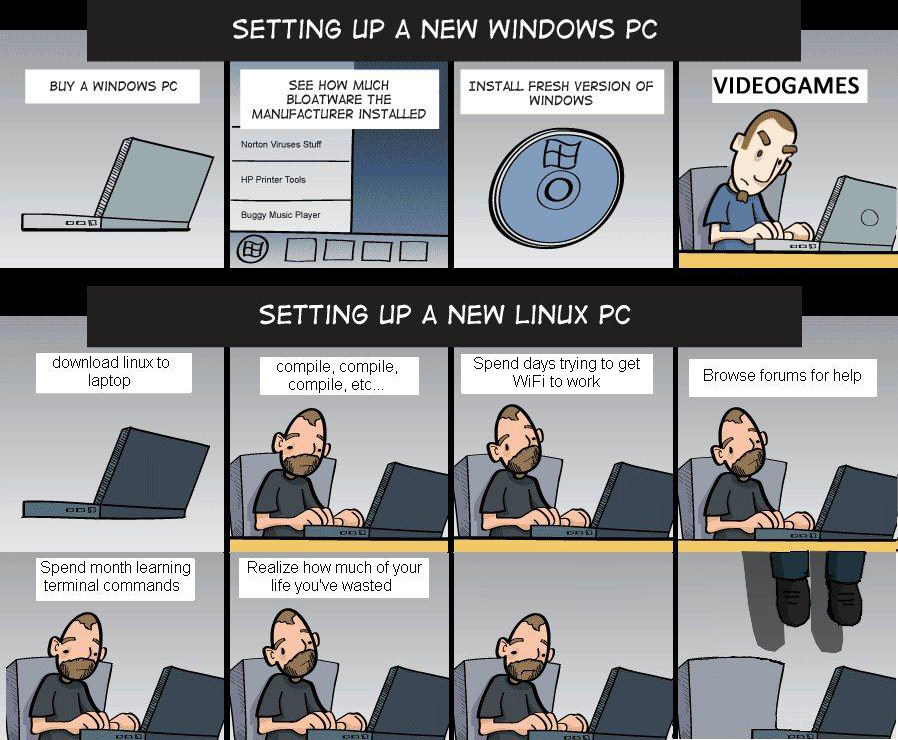 3. Linux is less customizable. People usually are more interested in customizing just the wallpapers, screen-savers, themes and sounds, and nothing beyond that. Those who use Linux therefore don’t expect this part. As far as Windows is concerned even a child can operate it because of its user-friendliness. This is what makes it best seller to end users and the Linux is confined to those only who are into owning an organization where preserving data is of utmost important than making it appear good.

4. Linux still continues relying on Command line, unlike Windows or any other operating systems like Mac or even Android (for phones). Windows would use commands back in the early 1990s (DOS) which is now taken as an outdated version. Linux uses Command line which may sound like an outdated thing but this is the key reason why Linux still doesn’t have to deal with viruses. But most end users prefer only those stuffs that require least human intervention. A random user has no knowledge of how viruses and worms enter the computer.

5. Linux sounds cheaper to install but really costly when it comes to getting a technical support. Since very few folks actually have deep knowledge about Linux, finding someone to fix our problem isn’t a piece of cake. If you somehow manage to find someone, that individual would ask you a lot of money, unless of course you know him/her personally.

Depending on the level of knowledge you possess and your own requirements, you must choose the type of operating system wisely. Be prepared for the issues that you might encounter while or after installing the Linux operating system (if you do choose it). It is best thing if you are really enthusiastic in learning technical stuffs. Once you master yourself in it, others would approach you; how satisfying is that!