8 Reasons why your WiFi could be too slow 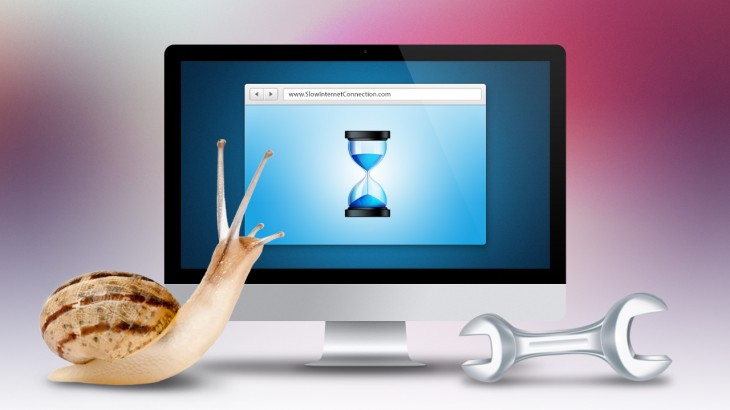 Who doesn’t need a WiFi? Nearly everyone does. But does it always favor our requirements? No. Sometimes it really contributes in our daily downloads, and at times it hurts a lot when, despite significant speed showing up, it seems as it would never favor us. And the most frustrating thing is we are never aware of specific aspects that must count when it comes to getting the most out of signals. The following reasons explain why your WiFi could be too slow:

1. Objects coming in-between – Things like concrete and metals do not allow the WiFi signals to penetrate. So make sure that you do not keep the router at the basement. Also ensure that the router’s positioning isn’t lowered. It must be kept higher in order to extend the broadcasting range of radio waves. The higher it is kept, the better is the signal.

2. Distance of your device to router – This is the most obvious and familiar point. The router must be nearby as possible to whichever device you are using so as to get the maximum benefits of network range. The more you keep your mobile phone or computer away from the router the weaker you are going to get the signal.

If your house is significantly big you must also install the WiFi extenders that will ‘repeat’ the waves at certain points and so the whole house gets the magnified range. Since it works in 360 degree range the router could be kept at the center of your household to get the maximum benefits.

3. Other interferences – The microwave ovens work at a frequency of 2.45 GHz, much closer to WiFi signals which operate at 2.4 GHz. There comes a point when the WiFi signals vary between the ranges 2.412 and 2.472 in which these two signals overlap with each other, causing troubles of slow internet. Usually, the microwave ovens are perfectly shielded and do not allow the signals come in contact outside but in case if these are not properly covered or there exists some fault, the issue of slow internet might occur.

The Bluetooth devices also work at 2.4 GHz which is similar to WiFi signals. Though the latest devices can detect other signals and adjust accordingly but if the device isn’t the new one and is in its working condition chances are higher that it delays the usual WiFi speed.

4. Other channel interference – This is a very common issue especially if you live in apartments and complexes since nearly everyone has WiFi in their homes. The standard frequency of all is same and so will obviously overlap with each other, thereby causing delayed speed. There is a limit of broadcasting 14 channels at a time and so if two or more routers are broadcasted on the same channel and if they have the same frequencies as well, the chances of them getting interfered with each other get elevated. Therefore, be extra cautious of the type of channel you choose always by doing a brief investigation.

5. Password protection – Always restrict your WiFi with a complex password and do not share with literally anyone. More device depending on the WiFi won’t allow your internet run on desirable speed. Never commit the mistake of not keeping the password at all. You won’t have any idea when will people start taking advantage of that and there are plenty out there who simply tend to breach into the system.

6. Keep an eye on the network traffic – If you download large files on a particular computer other devices will get affected in no time. One needs to make sure that if he/she is downloading something it would be better if the timings are odd like during sleep or when everybody goes outside and doesn’t use the WiFi at a given point of time.

7. Lights – Any kind of decorative lights, especially if these have the ability to flash through flashing chips being built into each lamp (the modern ones), emit electromagnetic field that affects the WiFi band. In most cases, the interference is negligible but may cause issues. So, better keep your router away from these lights.

8. Humans – The human body consists of 60% of water and water has the tendency to slow down the radio waves, though not significant. It is not possible to remove all the people from the house but it is always suggested to position the router at a place which is least interfered by people in general, like comparatively higher than an average human’s height.

So, next time when you face the slow internet issue it would be better if you consider the above mentioned points before you actually approach the authorities to fix it for you.