What is RedHat Openstack ?

RedHat OpenStack Platform is a cloud computing platform that virtualizes resources from hardware and organizes those resources into a cloud and manages them so users can access what they need or when they need it. It is a private cloud setup. It has the agility and scalability to expand based on the requirements.RedHat OpenStack uses RedHat Enterprise Linux Server, and Kernel found VM (KVM).

Openstack comes with a graphical web-based UI for managing OpenStack services, which is known as the horizon. 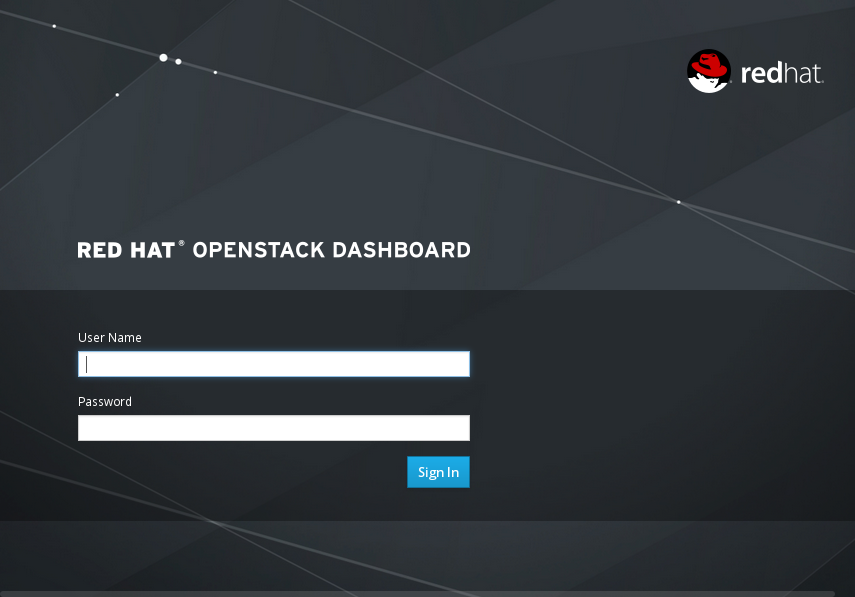 OpenStack platform is based on IaaS (Infrastructure as a Service), which allows consumers to build their infrastructure for various deployments. All machines in an OpenStack cloud communicate with the cloud controller using the Advanced Message Queuing Protocol (AMQP). In RedHat OpenStack Platform, there are two options for AMQP: the Apache Qpid messaging daemon (qpidd) and RabbitMQ.

It is a web-based interface for managing various OpenStack services. It provides a graphical user interface for operations such as launching instances, managing networking and setting access controls.

It is a centralized identity service that provides authentication and authorization for other uses. This service is responsible for creating and managing users, roles and projects/tenants.

It is a software-defined networking service that helps to create structures, subnets, routers and floating (elastic/additional) IP addresses.

It is a service that manages storage volumes for virtual machines. And is persistent in block storage for the instances running in Nova (compute). The snapshots can be taken for backing up data for restoring data or can be used to create new block storage volumes. It is often used in instances for storage, such as database files. This same feature is also present in AWS as EBS.

It is a service that manages virtual machines running on nodes, providing virtual machines on demand. Nova is a distributed service and interacts with Keystone for authentication, Glance for images, and Horizon for a web interface. Nova is designated to scale horizontally on standard hardware, downloading photos to launch instances as needed. Nova computes libvirtd, qemu and kvm for the hypervisor.

Glance is a service that acts as a registry for virtual machine images, allowing users to copy server images for primary storage. These can be used as templates when placing new cases.

It is a provider supplying object storage that permits customers to shop and retrieve files. Swift architecture is dispensed to allow for horizontal scaling and to provide redundancy as failure-proofing.

It is a carrier to orchestrate more than one composite cloud purposes the use of the AWS CloudFormation template format, through each a Representational State Transfer (REST) API and a CloudFormation-compatible Query API.

The OpenStack telemetry provider gives user-level utilization data, which can be used for patron billing, gadget monitoring, or alerts. It can acquire statistics from notifications dispatched via Openstack offerings like compute utilization events, or by way of polling Openstack infrastructure resources. Additionally, the provider affords a plug-in device that can be used to add new monitoring metrics.

Gnocchi is a TDBaas (Time-Series Database as a Service), which is used to store metrics and metadata for the resources collected by Ceilometer into this database. It uses Swift for its storage.

Trove is a Database as a Service(DBaaS); the mission is to provide scalable and reliable relational database engines. The service includes isolation at high performance while automating complex database administrative tasks, including deployment, configurations, pathing, backups, restores and monitoring.

Manila is a secure file share as a service. It uses NFC and CIFS protocols for sharing the files. It can be configured to run a single-node back end or across multiple nodes.

Sahara aims to give users a simple means to provision a data processing cluster (such as Hadoop, Spark and Storm) on OpenStack.

TripleO, or OpenStack on OpenStack (OOO), is aimed at installing, upgrading and operating OpenStack clouds using OpenStack’s services as the foundations. It uses Nova, Neutron and Heat and other orchestration tools like Chef or Puppet to automate fleet management, including scaling up or down at datacenter scale.

Ironic is an OpenStack project that provides physical hardware as opposed to virtual machines. It provides several drivers like PXE and IPMI that cover a vast section of hardware. It allows vendor-specific drivers to be added.

Tempest provides a set of integration tests to be run against a live OpenStack cluster. It has many tests for OpenStack API validation, scenarios, and other specific tests useful invalidating an OpenStack deployment.

RedHat OpenStack Platform permits heterogeneous environments supporting cloud deployments to integrate with the open standards-based OpenStack technology, all with the flexibility for changes in the future. Some of the benefits of using OpenStack for building private clouds are: